A proper roast in our party tent.

Never one to follow traditions, we decided at The Arabian Tent Company to all get together the first weekend after New Year for a proper cooked roast at the Rye Island venue in Sussex.

The New Years Dinner took place in Katherine’s showroom, which was Christmasified for the event by designer Vivien Brickwood with a dressed 9ft champagne tree, giant baubles, dressed garlands and even a camel! Kati from Light Trick Photography was invited to photograph the party tent. 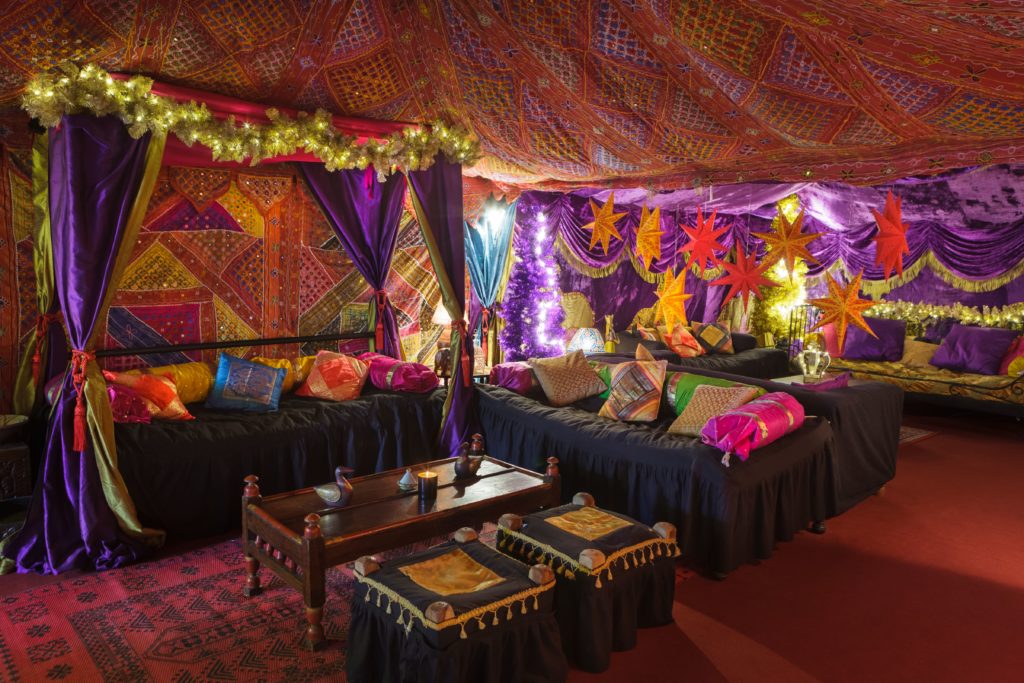 A three-course meal was served from Anthony and his bus café, an old London bus that has been painted sage green and lovingly converted to feature a full chef’s kitchen, and provided the perfect workspace to cook a three-course meal for the Arabian Tent team. 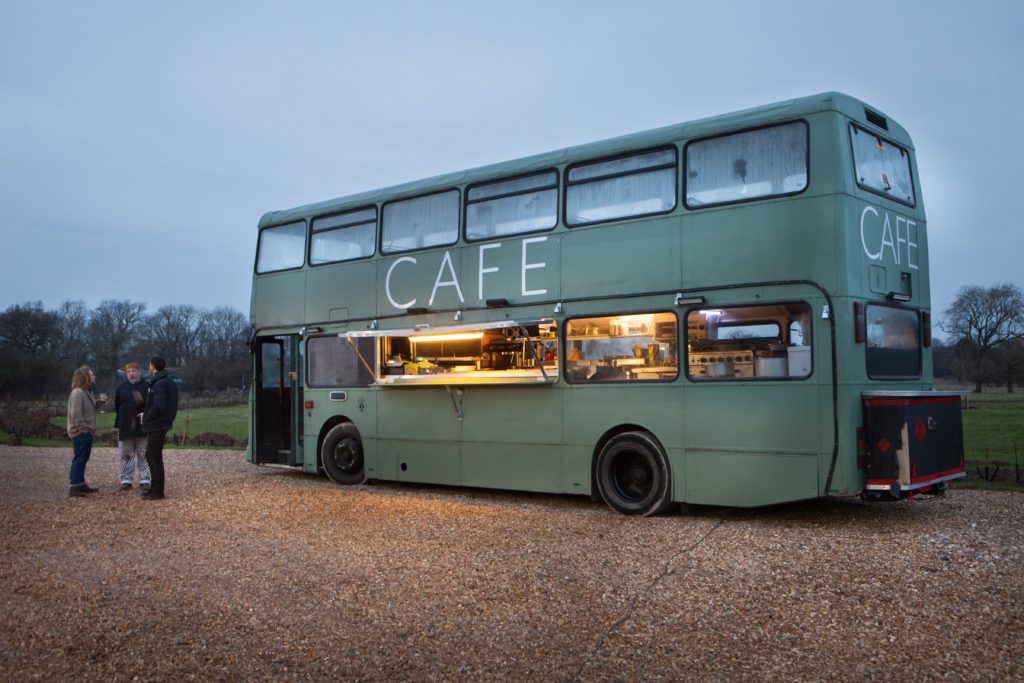 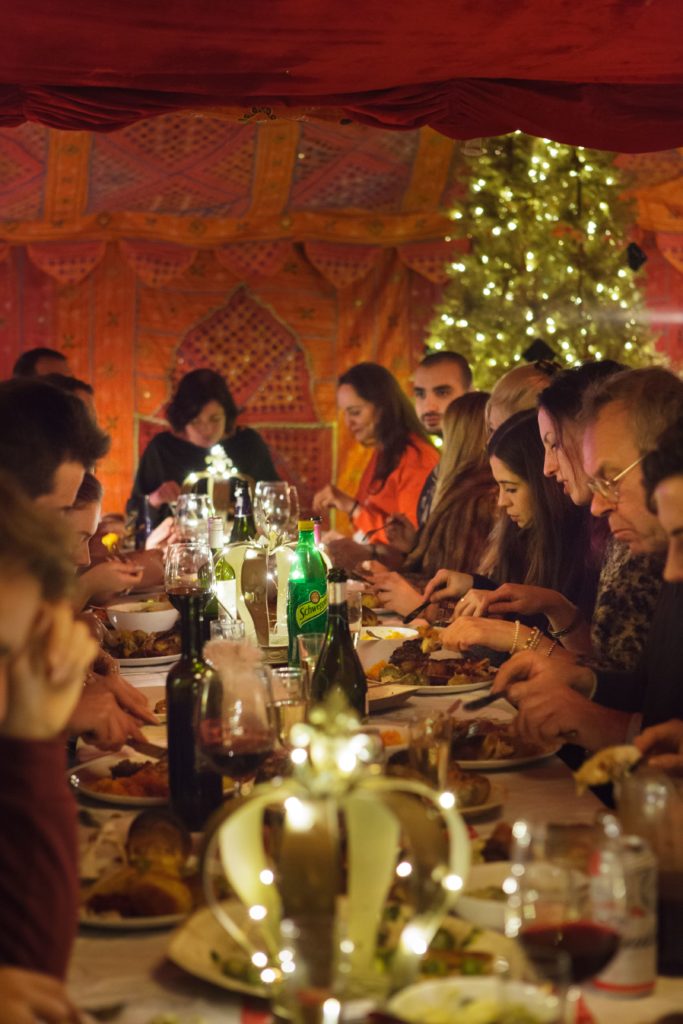 First course to whet the appetite was a scrumptious broccoli and stilton soup, with freshly baked bread to dip. To follow: turkey breast and all the trimmings, chunky roast potatoes and parsnips, Yorkshire puddings, caramelised shallot mash, and absolutely delectable pigs in blankets with lashings of gravy and cranberry sauce. 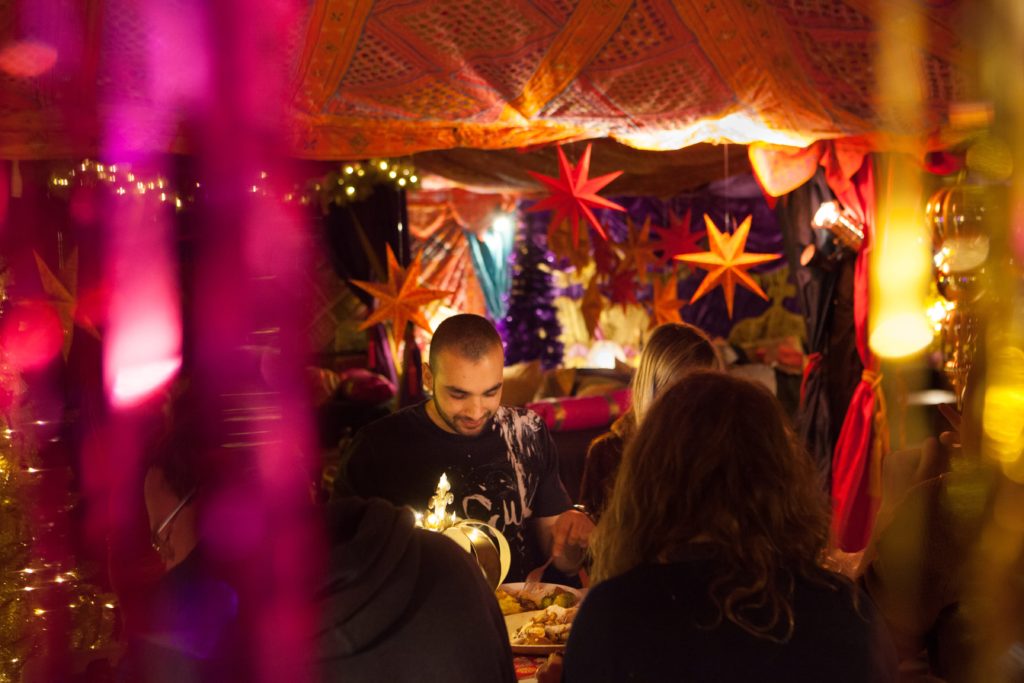 Pudding was layers of custard, cream, jelly and sponge in the form of the classic homemade trifle.
And at last, to finish off the savoury victuals, a very delectable cheeseboard with crackers and pickle was served, and with that a crowd of insatiable people gathered to finish off what was a very palatable meal. Topped off with generous giving out of prosecco and red wine, the team was heartily stuffed. 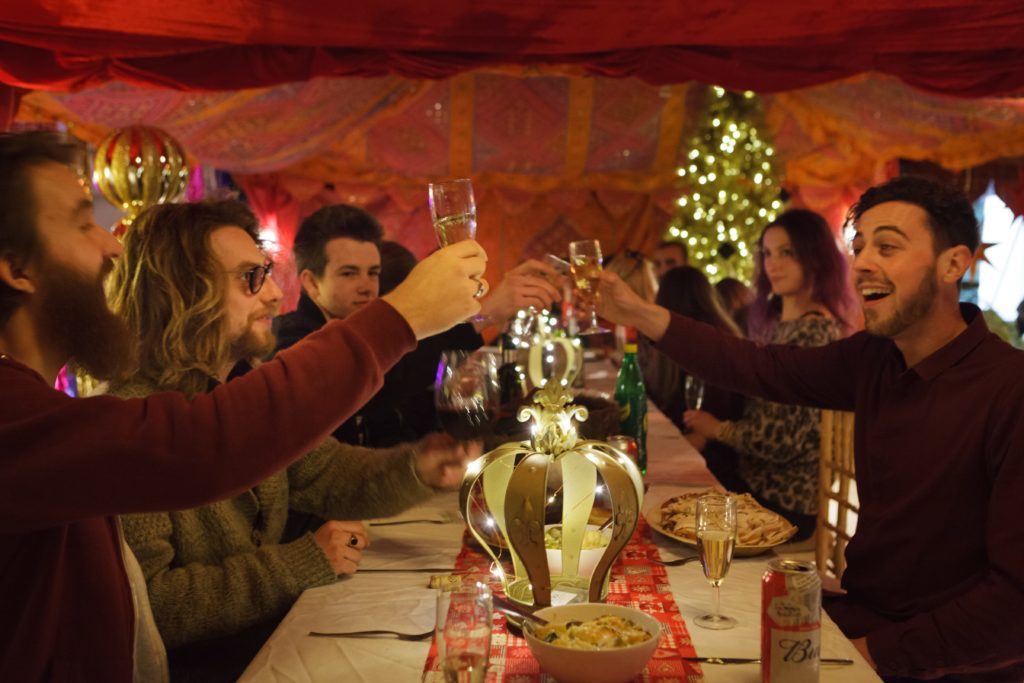 Once the food had settled, Kati poised the everyone together for a team photograph in the William Morris party tent - though trying to get the team all together and stand still for long enough was a wayward affair! 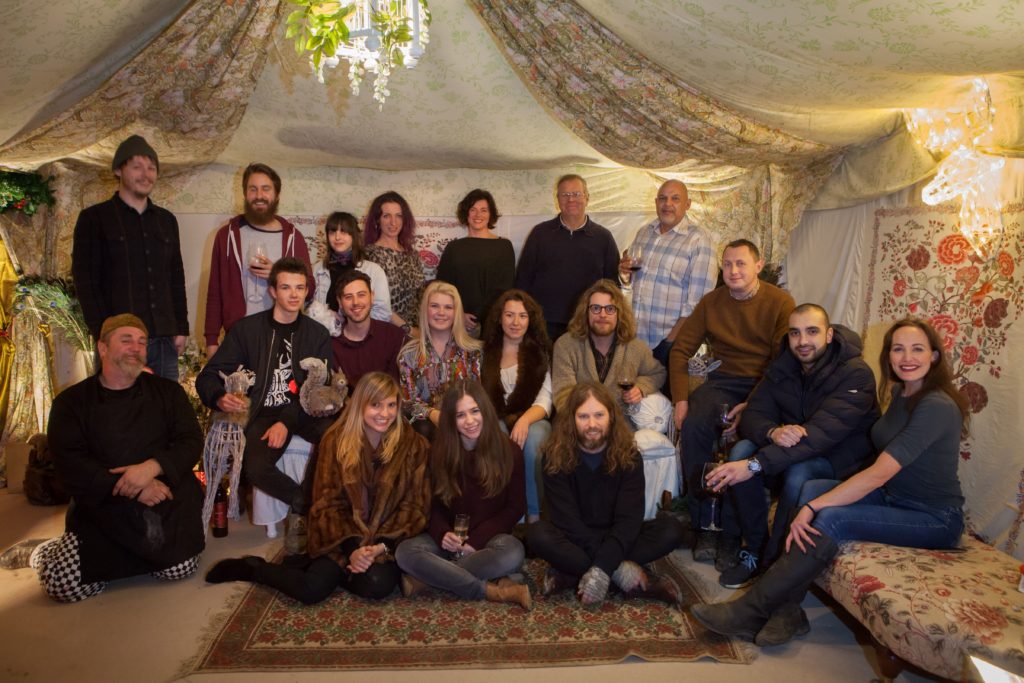 Then the Arabian Tenters grouped together in the Purple Palace, where even more prosecco and wine was lavished.

Carolina, Events Coordinator for Arabian Tents, told us what she thought of the day: "Oh its just lovely, such a nice way to bring everyone together just after Christmas and enjoy good food and good company!"

Afterwards, a mini bus picked the Arabian Tenters up and drove to the centre of Brighton, where they carried on the party in style…. 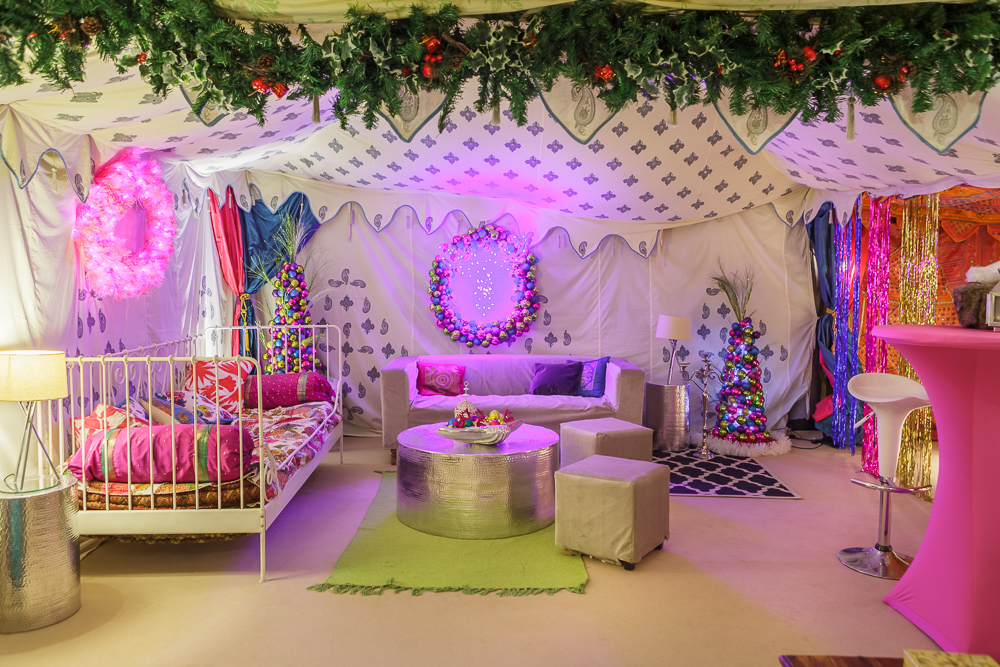 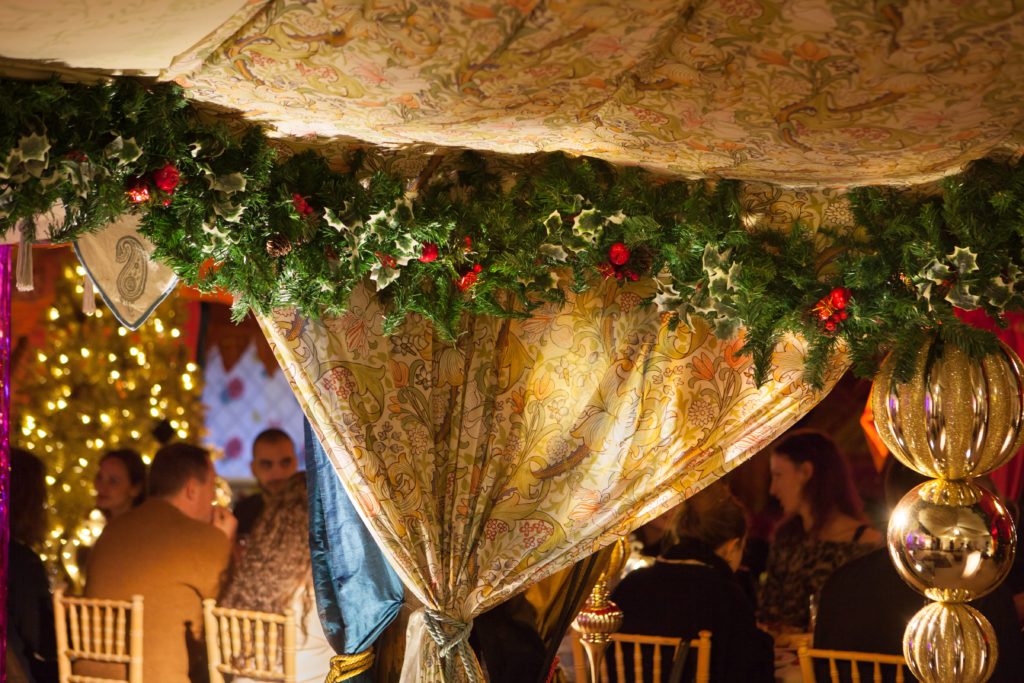