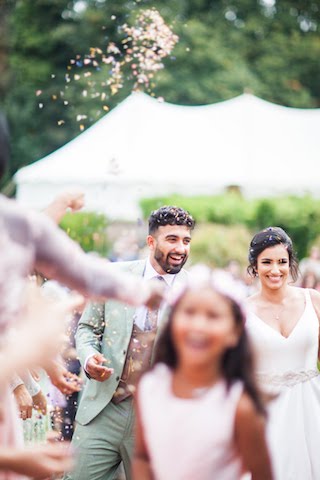 Marriage is a vitally important moment for all Muslims. Besides the excitement that any couple feel on their big day, the marriage ceremony of Nikah is specifically encouraged and sanctioned by the Quran and the teachings of the Prophet. There’s a wide range of places where it can be celebrated, but a luxury Arabian tent is especially appropriate.

The one essential part of a Muslim wedding is Nikah, the signing of the marriage contract, normally including a meher (sometimes spelt mahr). This is a payment from the groom to the bride, which remains strictly the bride’s property. Today, this is often a ring given as a token.

Although sanctioned by the Quran, the Nikah isn’t a religious sacrament and can be celebrated by any Muslim with sufficient understanding of the law — though, of course, having your marriage celebrated by an Imam makes it even more special, and some cultures prefer a Maulvi to conduct the ceremony. Both bride and groom must state their consent by saying “qabul” (I accept) three times in front of at least two witnesses, and the contract is then signed.

Beyond this, the details vary depending on the traditions of sect and culture. In some cases, the bride must be kept out of sight of the men, and in those cases a representative called a wali, usually a male relative and often her father, will stand in for her in front of the groom — though the bride must still give her own consent. Adding a hanging to a tent to divide it in two is much easier than partitioning a room, and it can also be removed more easily.

The Muslim world stretches from Morocco to Indonesia and far beyond, and different cultures have widely varied marriage customs. While the Nikah itself is all that’s strictly required, these may range from beautiful costumes to a marriage feast. In some Pakistani customs, for instance, the groom will wear traditional costume and be garlanded with flowers, and should arrive on a white horse - though this could be harder to duplicate in the UK.

The groom may also be accompanied by a shahbala: a young child from his family dressed in exactly the same way as the groom. The bride may also wear flowers, along with bright clothes and jewellery, and maybe have henna applied to her hands and feet.

The Nikah normally ends with bride and groom sharing a piece of sweet fruit, such as a date. This isn’t usually the only food involved, though. Most Muslim weddings are followed by a feast appropriate to the couple’s culture, usually along with music and dancing. The bride and groom sit together, and we can provide gorgeous, rich red and gilt thrones that will set off both décor and costumes.

Although Nikah is sometimes held in a mosque, this isn’t a requirement, and many couples choose to get married either at home or in a commercial venue. Since a civil marriage certificate is also needed, it can be useful to hold the ceremony in a venue licensed for holding weddings - and this can include a luxury Arabian tent in the grounds of a hotel or manor house with a licence. If the ceremony is stretching over more than one day, a hotel has obvious advantages.

In the cultures of many Muslim countries, an outdoor wedding or one in a tent (generally safer in the UK climate) is the traditional approach. Among our repertoire of tents, the luxurious red of the Bombay Boudoir or La Rouge make them ideal for a Nikah, especially for a Pakistani wedding, where red is especially associated with weddings. On the other hand, the Raj tent, with its more formal navy and cream printing could evoke an old-world grandeur.

A large proportion of Muslims getting married in the UK derive ultimately from the subcontinent, but of course you may have roots in another culture. If you prefer to celebrate a Bedouin heritage, for instance, our Arabian tent’s bold blend of warm colours will transport you straight to the Arabian desert.

One big advantage of a tent over a room is that it’s far easier to customise during the event. As mentioned before, if you need gender separation during the Nikah ceremony, this can be easily done with a hanging that divides the tent, which we could then remove for the feast. Similarly, if you want different tones for the solemn ceremony and what comes after, we can change the linings in between.

More generally, we dress the tent with swags in the ceiling for the look you want. We can provide a wide range of furniture, as well, besides the thrones for the bride and groom. Whether you want western-style banqueting furniture for the feast or floor-level and ottoman seating in colours matching the tent’s lining, we can provide it.

We can also work with you to find appropriate contractors, whether it’s halal caterers and a non-alcoholic bar service, or music and entertainment appropriate to your culture — and maybe even hiring a white horse for the groom to arrive on, though we can’t promise that.

Nikah is a solemn ceremony, but that doesn’t mean it can’t also be memorable, spectacular and fun. Holding it in a luxury Arabian tent will help it to be all of those. Get in touch with us to find out how we can help your special day be even more special. 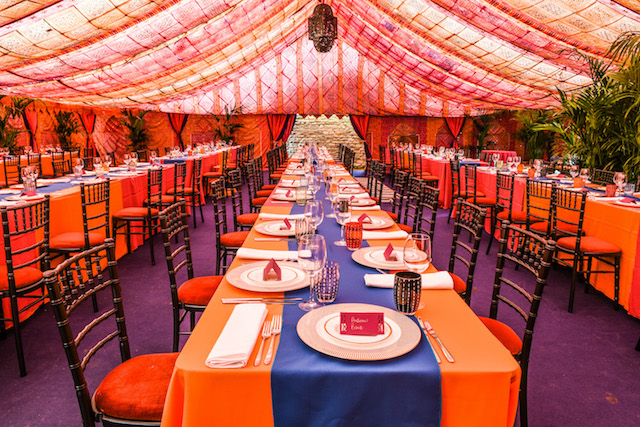 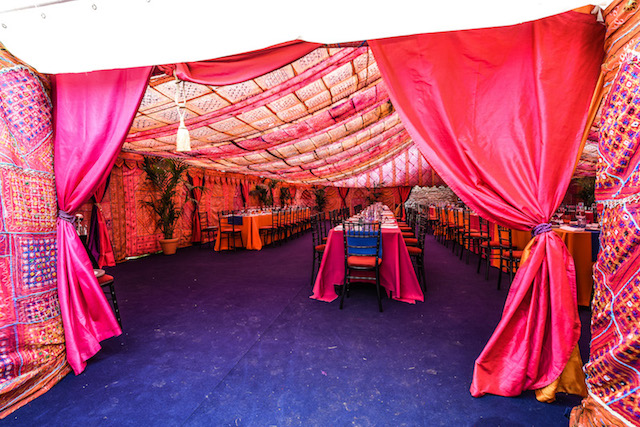 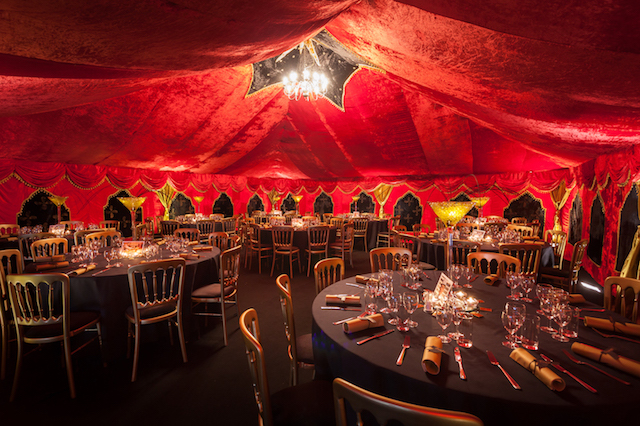 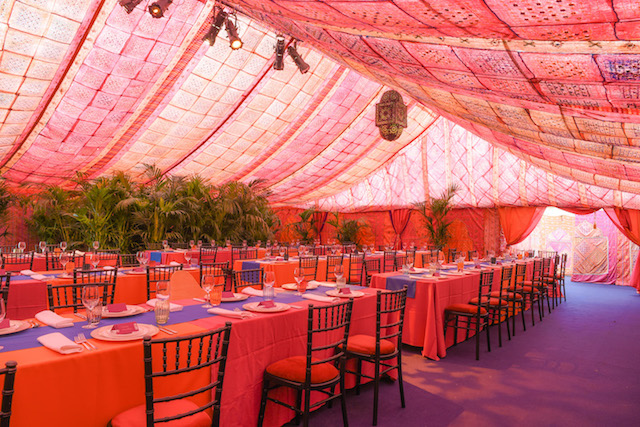 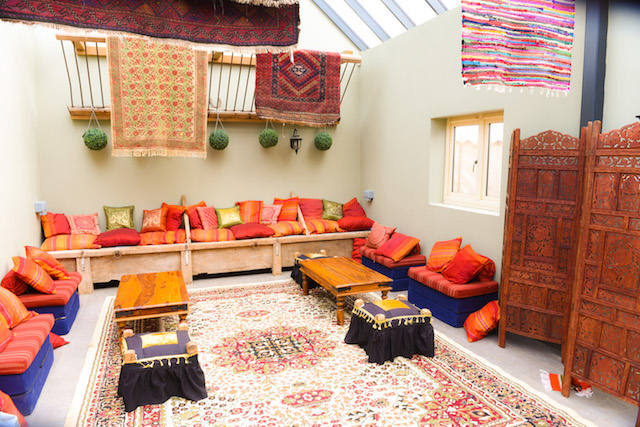 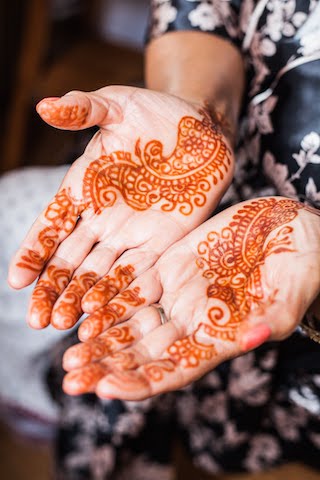 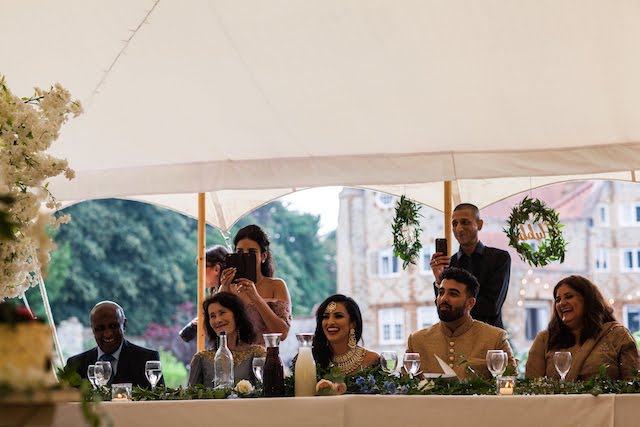 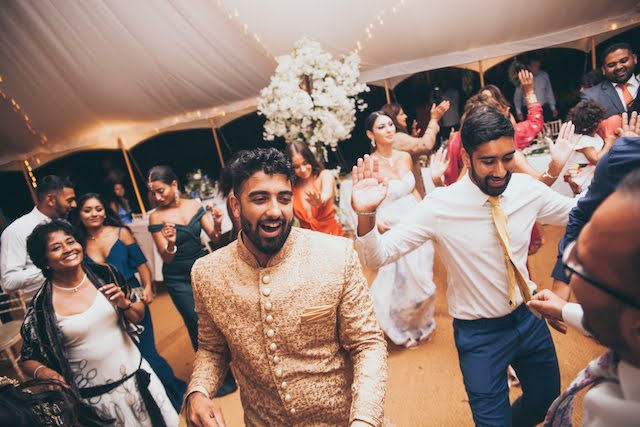 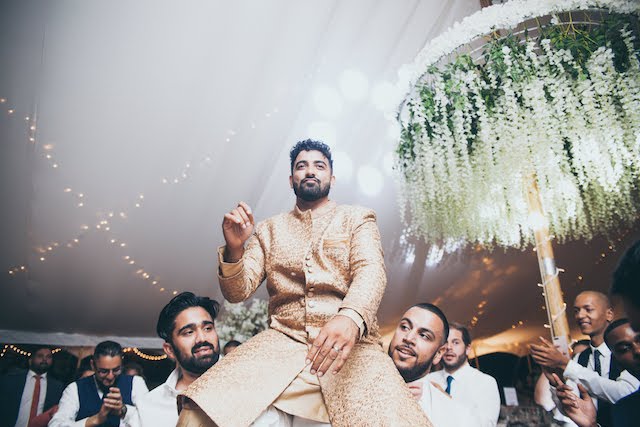