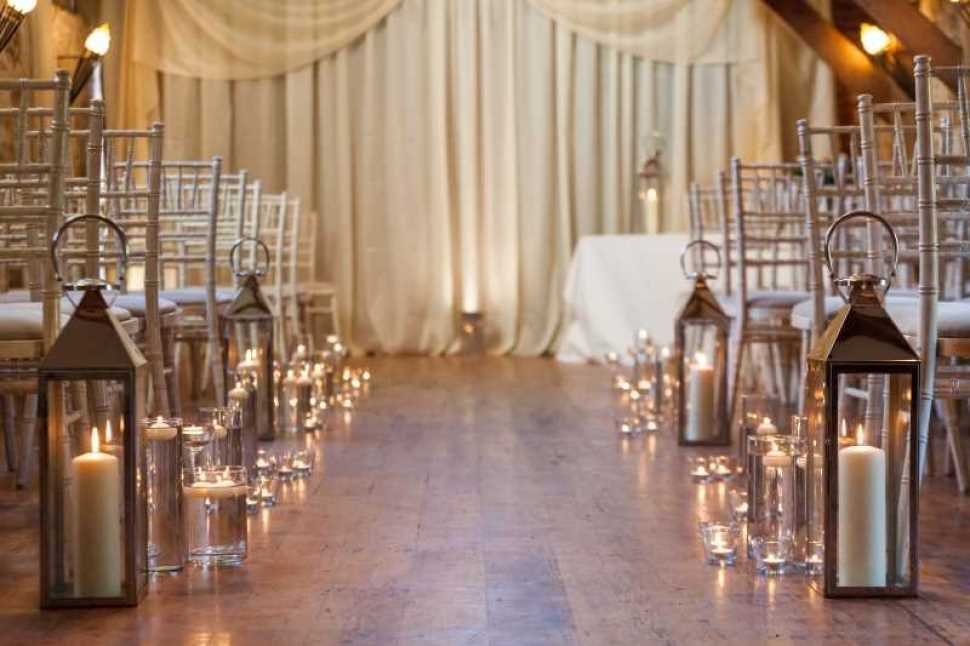 Since its inception in 2010, Pinterest has also become an ever-increasing hit with brides-to-be; who’ve appropriated the app for inspiration, the collation of ideas and as a way to mood-board themes. As interest in Pinterest grows (and with 80 million users Worldwide, 80% of which are women) House of Hud have found it increasingly common for brides to approach them with their mood-boards to communicate the look or feel they envision for the venue on their wedding day - be it a barn, a marquee, a forest, or their own home. It has been incredibly useful for House of Hud, as they can immediately set about designing the venue dressing; working closely with the brides, sometimes without even having met them yet! 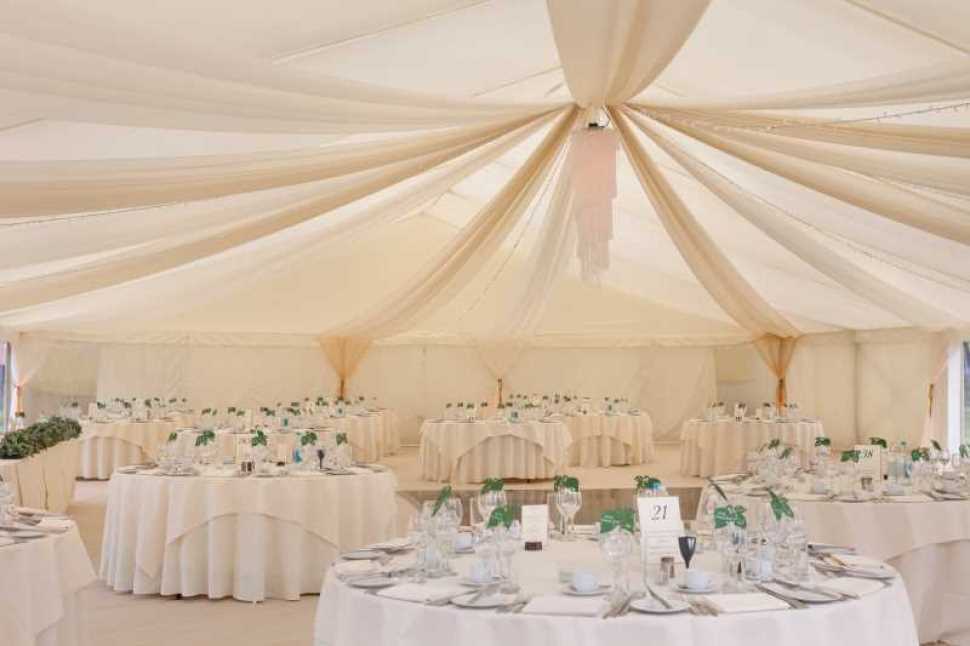 These are the stories of three of the women who went a step further and approached them with one particular Pinterest image that they had focused on as inspiration for their entire décor plan; and how they went about making the inspiration a reality for their Pinterest Brides. 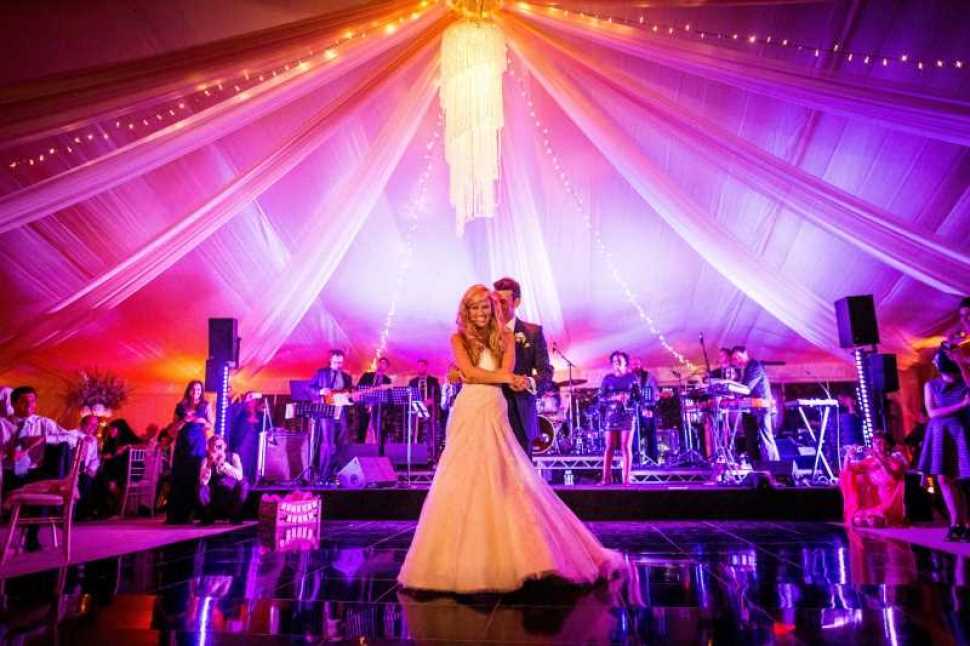 Louise Perry, a highly renowned event planner, contacted House of Hud with a quandary. Hannah had become rather attached to one image she had found on Pinterest: she wanted the ceiling drapes to fall into wall drapes, as seen in the image; which would have been easy to do in a smallish square marquee, however not quite so easy in the very large rectangular marquee she had set her heart on. According to Louise, a couple of other companies had said it couldn't be done and had declined the job! “I quickly had to brush up on Pythagorus' theorem!” says Jeremy Fifield, Manager at House of Hud, explaining how he got around the technicalities. 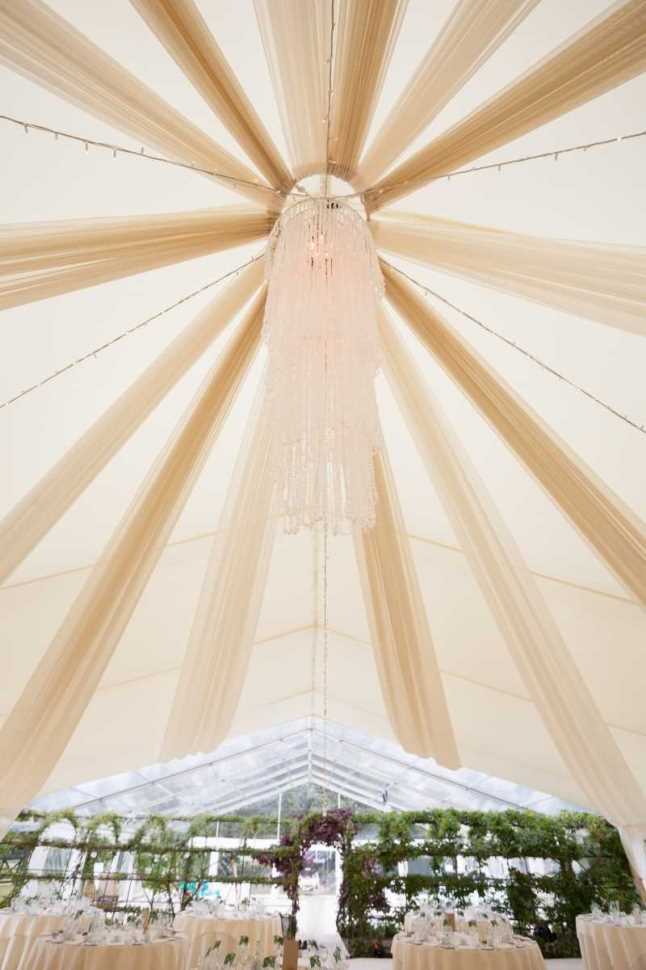 The benefit of working with one image in particular is there is far less room for the bride’s vision to be lost in creative translation, as there is an instant benchmark to ensure that the team are always on track. “Just working with the picture, I set about hunting for the perfect match for the fabric, in texture and shade”, says Jeremy, “I took my time as I wanted it to look perfect for Hannah”. Although he had to make a couple of deviations along the way, to keep the wedding budget from soaring; “the end result was stunning and most importantly, Hannah loved it!’

and the orb specialists 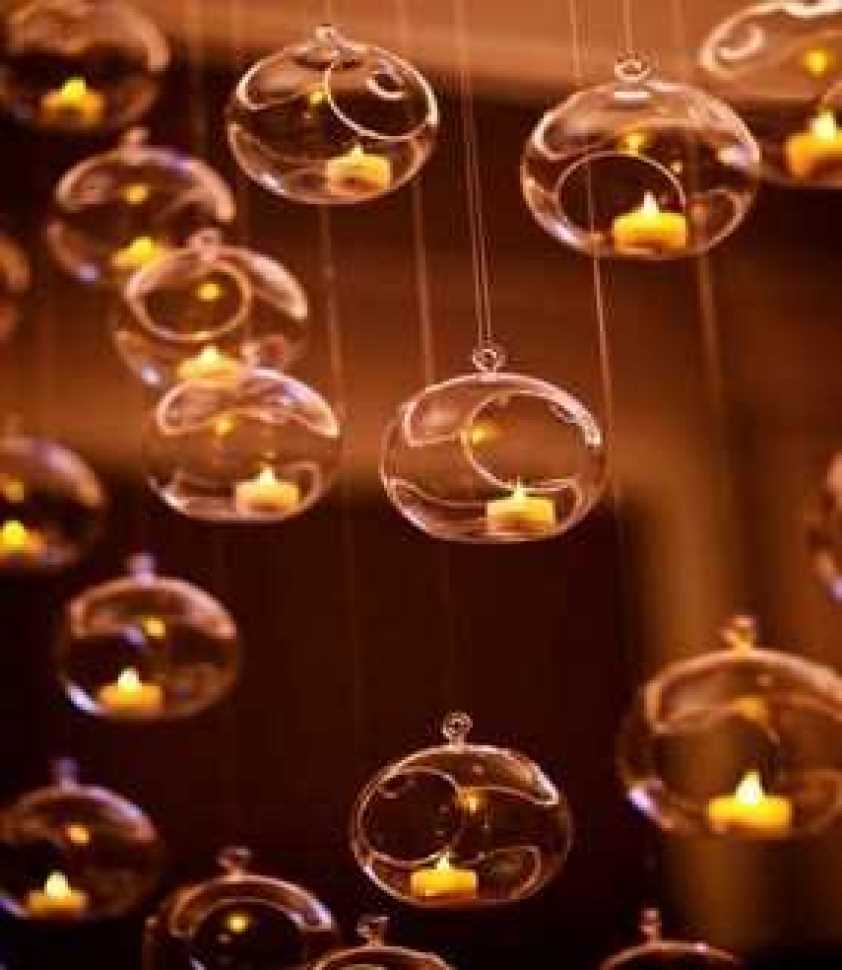 Smriti contacted the team regarding dressing two rooms at the Shoreditch Studios. The reception and party studio needed to be colourful and contemporary with a nod to her Indian heritage. The second studio, used for dining, was to be light and modern and she’d taken inspiration for this from a Pinterest image of hanging glass orbs. ‘We spent a while trying to source an affordable UK supplier for these little glass terrariums”, says Jeremy, “but as we were planning on hanging around 350, Smriti found a supplier herself to limit the cost, a factory in China!” 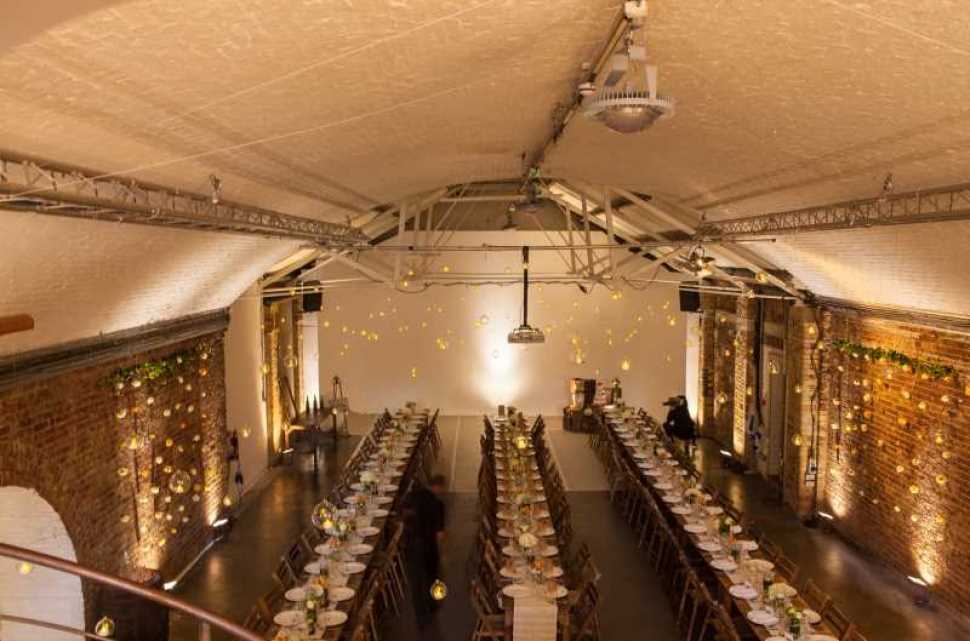 However, there was a huge set-back in the delivery of the décor pièce de résistance, “when we received the boxes they were all making rather a worrying rattling sound; a sort of 'hundreds of tiny shards of thin glass' rattle!”. Jeremy continues, “They had been packed terribly and a lot of them were smashed to pieces!” Luckily, Smriti had forward-planned and cleverly ordered more than might have been needed and so there were still over 350 survivors to use for the decoration. 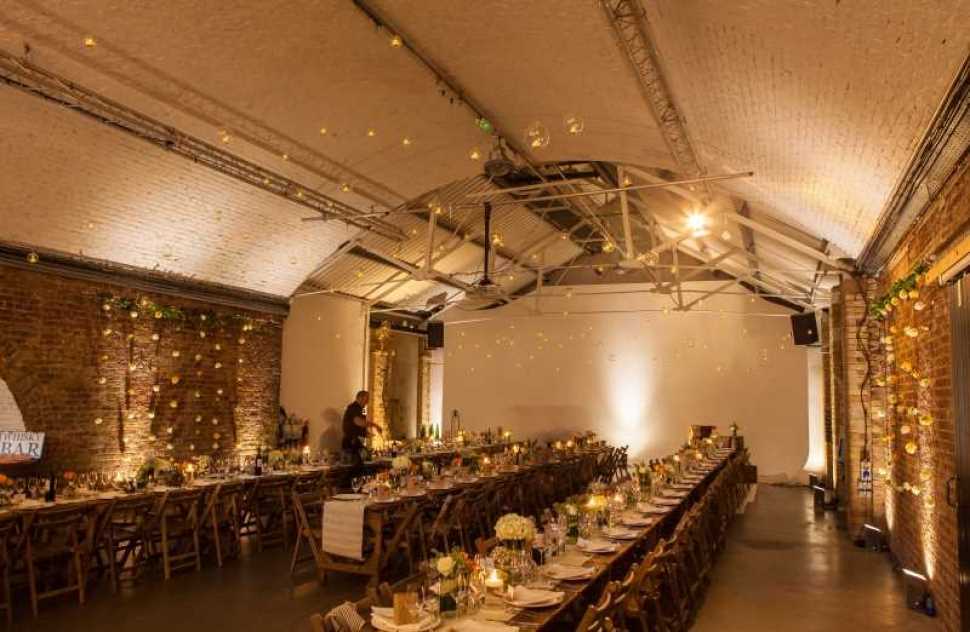 Jeremy assembled a crack-team of orb hanging specialists, “It is rather a time consuming task to suspend hundreds of little orbs at different heights from a ceiling and it took us 6 hours to hang them all on the morning of the wedding!” With limited time at the venue, Jeremy and his team were really up against the clock, “In the last 30 minutes before the guests were due to arrive there were still caterers setting up the tables, us up ladders stringing the last of the orbs, the venue manager struggling with the projector and the florist hanging her flowers in a test tube installation on the exposed brick walls!” However, all’s well that ends well; “There was a general frenzied energy bouncing around the studio, but there is nothing quite like the feeling of finishing a tricky job perfectly, in the nick of time!”

It certainly was a perfect job, according to the bride Smriti, “I was lost for words when I walked into the venue. Jeremy and his team are magicians! The atmosphere they created was breath-taking; spectacular, whilst being intimate and warm. People kept coming up to me on the day and raving about everything - and we are still getting messages now!” 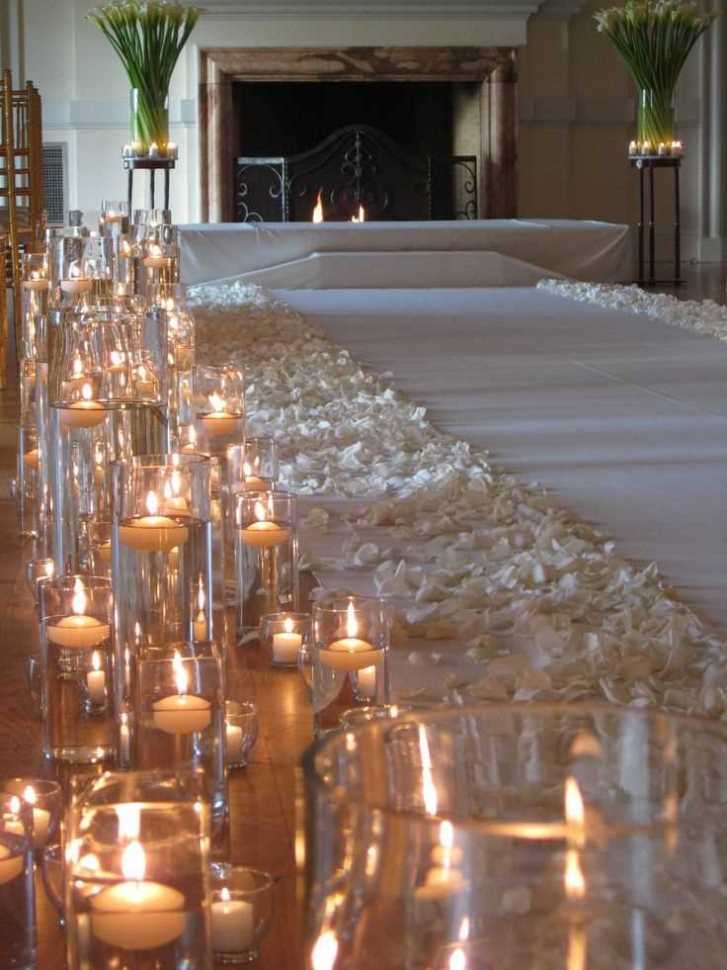 Thankfully, due to House of Hud’s wonderland warehouse of props, various lanterns, vases and other glass receptacles; they didn’t have to look to China to provide the stock for Zoe and Ian Chappell’s wedding. 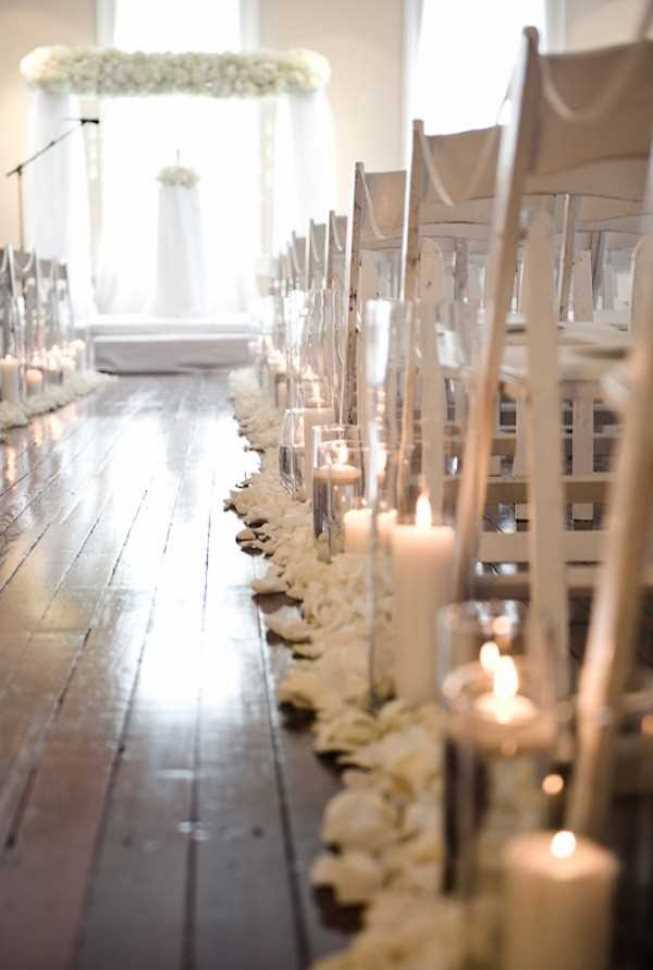 It was a second wedding for them both and so rather than conjuring up anything too extravagant, they wanted to recreate something light and Wintery and yet warm. Zoe sent a Pinterest board indicating the general feel that she would like the team to recreate, but she had her heart set on one image in particular. A candle-lit aisle. 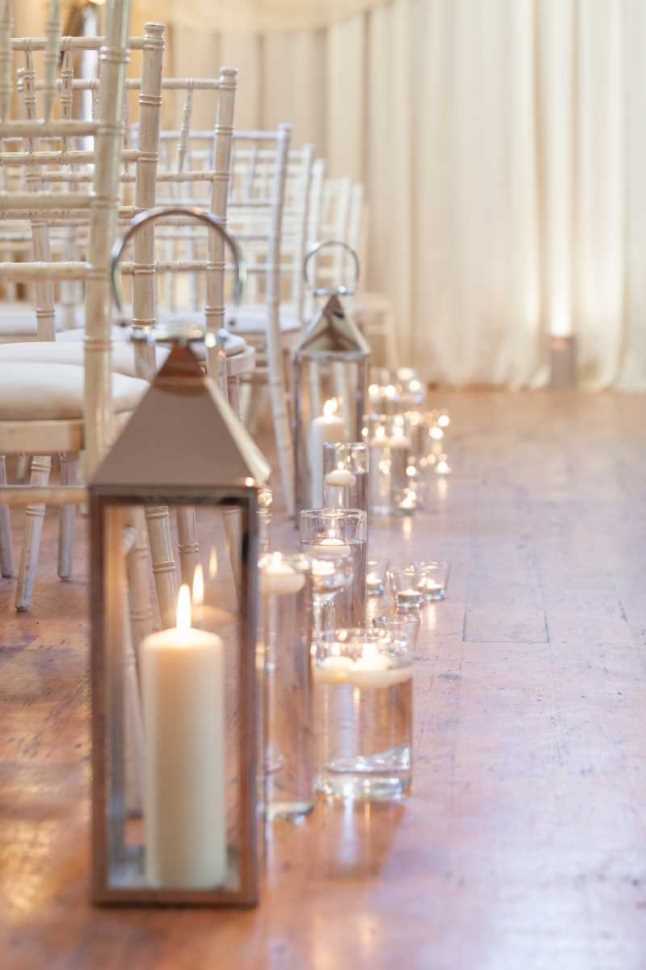 As the path to perfection never did run smooth, it wasn’t until the morning of the set-up that Jeremy and his team encountered a problem; “when laying out all chairs for the guests we found the aisle wasn’t as wide as wide as we’d planned for, so the main concern during this set-up was hoping that we didn't set the bride’s dress ablaze!” 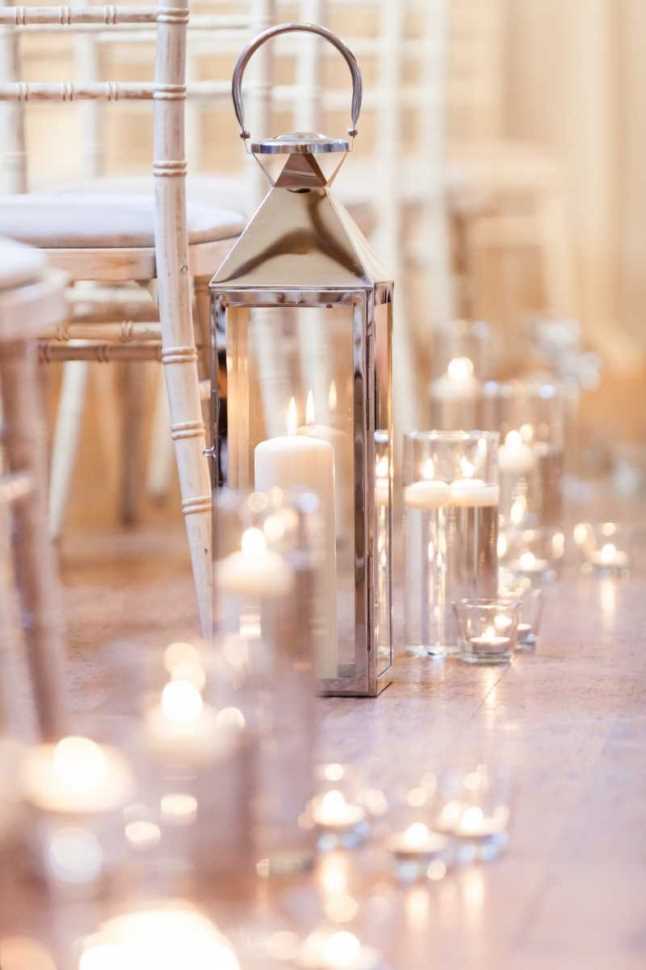 With Jeremy’s careful re-organisation, the only thing going off with a hitch was the bride and groom, and it was widely commented that the recreation was a resounding success.

It seems Zoe agrees; in her words: “The venue looked so amazing, we can’t thank you enough. I could have set myself on fire as I walked down the aisle but it would have been worth it! Thank you so much, you did us proud”.